Britain First held its last meeting of the year at a hotel in the city of Coventry, in the midlands.

The meeting was exceptionally well attended with numerous members and activists, many of whom had travelled hundreds of miles to be there.

Previous Britain First meetings have been lively affairs, and this one proved to be no exception.

There were several dynamic and rousing speeches – not only from Britain First officers but also from personalities who have recently joined Britain First after having become disillusioned with UKIP. 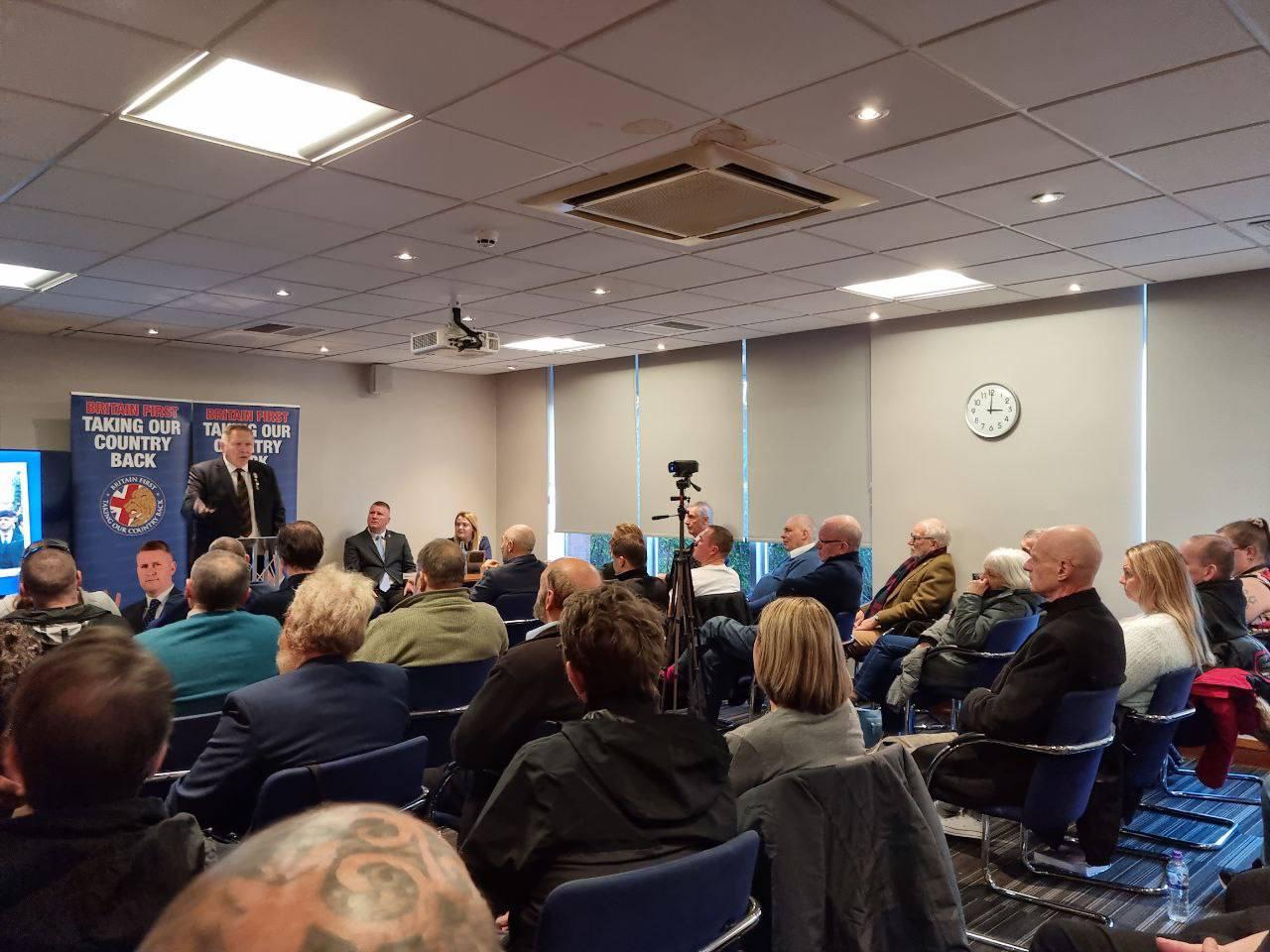 The speeches were interspersed with a number of videos that highlighted the many problems that this country faces, together with reminders of our glorious history, heritage and culture.

These videos also clearly explained what we as a nation must do to overcome these problems, and the important role that members and activists have to play.

The Regional Organiser for the Midlands, Timothy Burton, highlighted the problem of illegal immigration and the unwillingness or inability of our government to address the problem effectively. 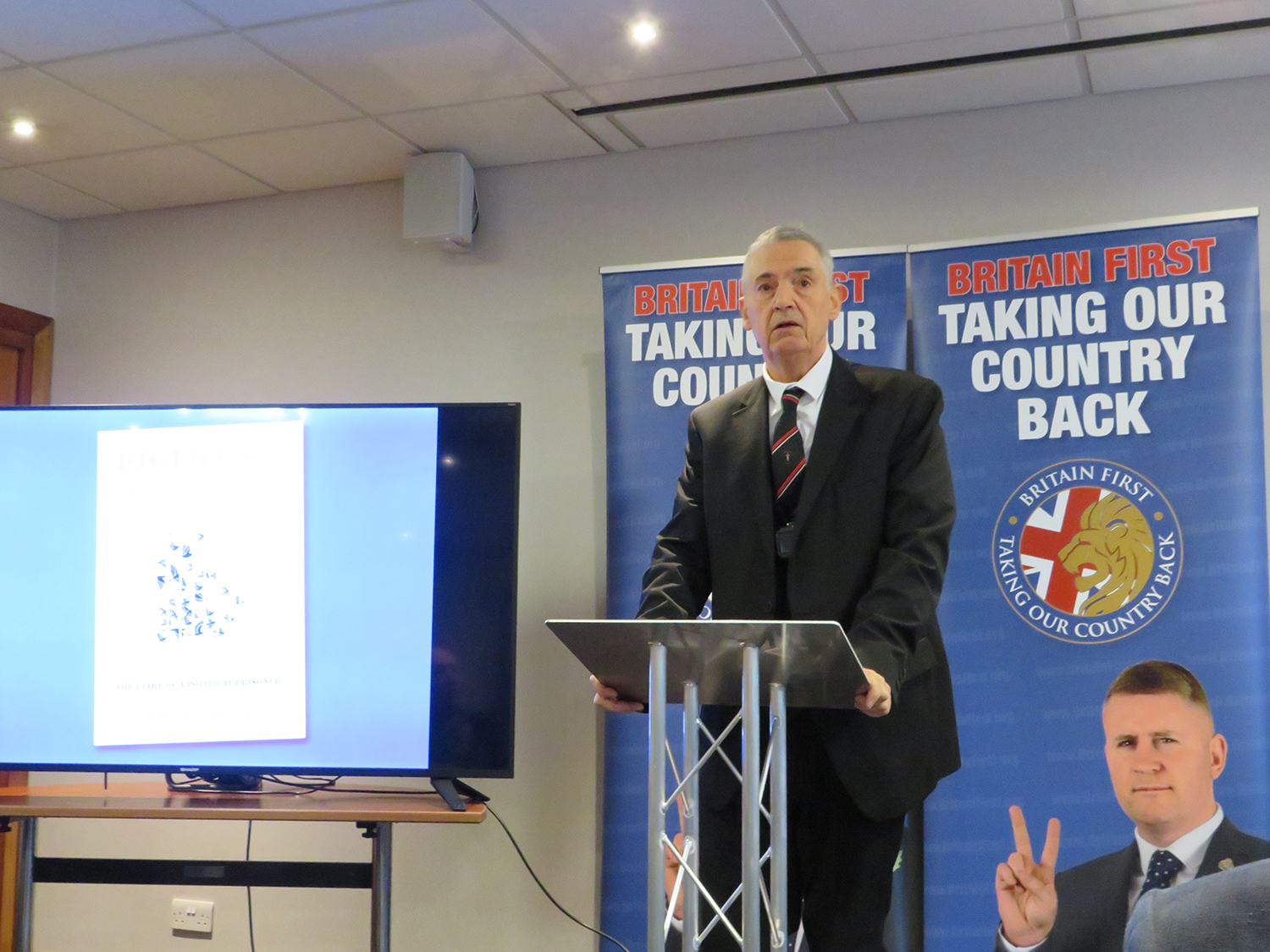 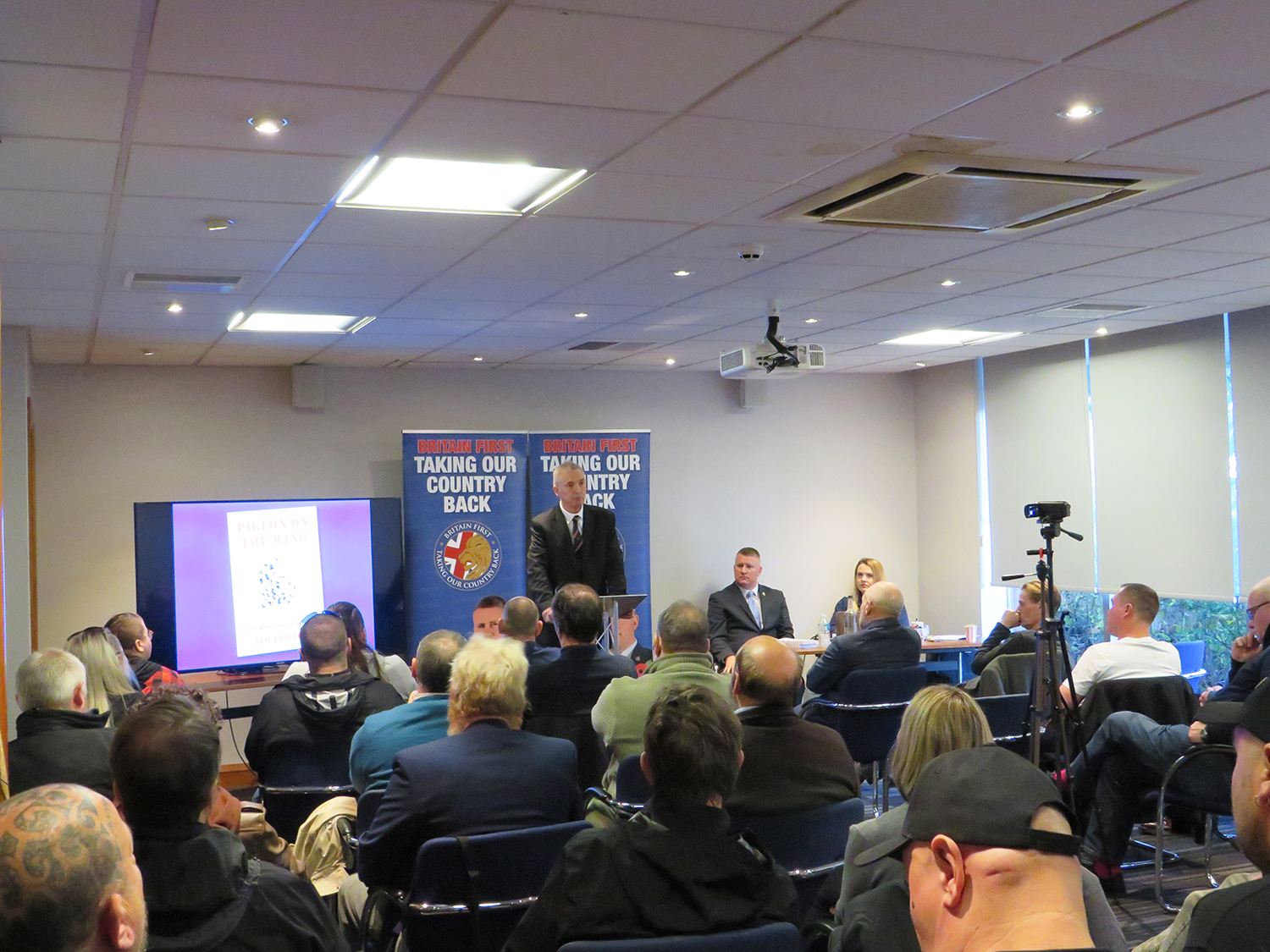 He also emphasised the importance of direct action to shame the government into changing their policies – something that Britain First has employed to great effect when it comes to exposing the extent of illegal immigrants being accommodated in four-star hotel luxury.

Regional Organiser for the North of England, Ashley Simon, spoke at length about the electoral prospects of Britain First and her determination to become Britain First’s first elected councillor when the local elections take place next year. 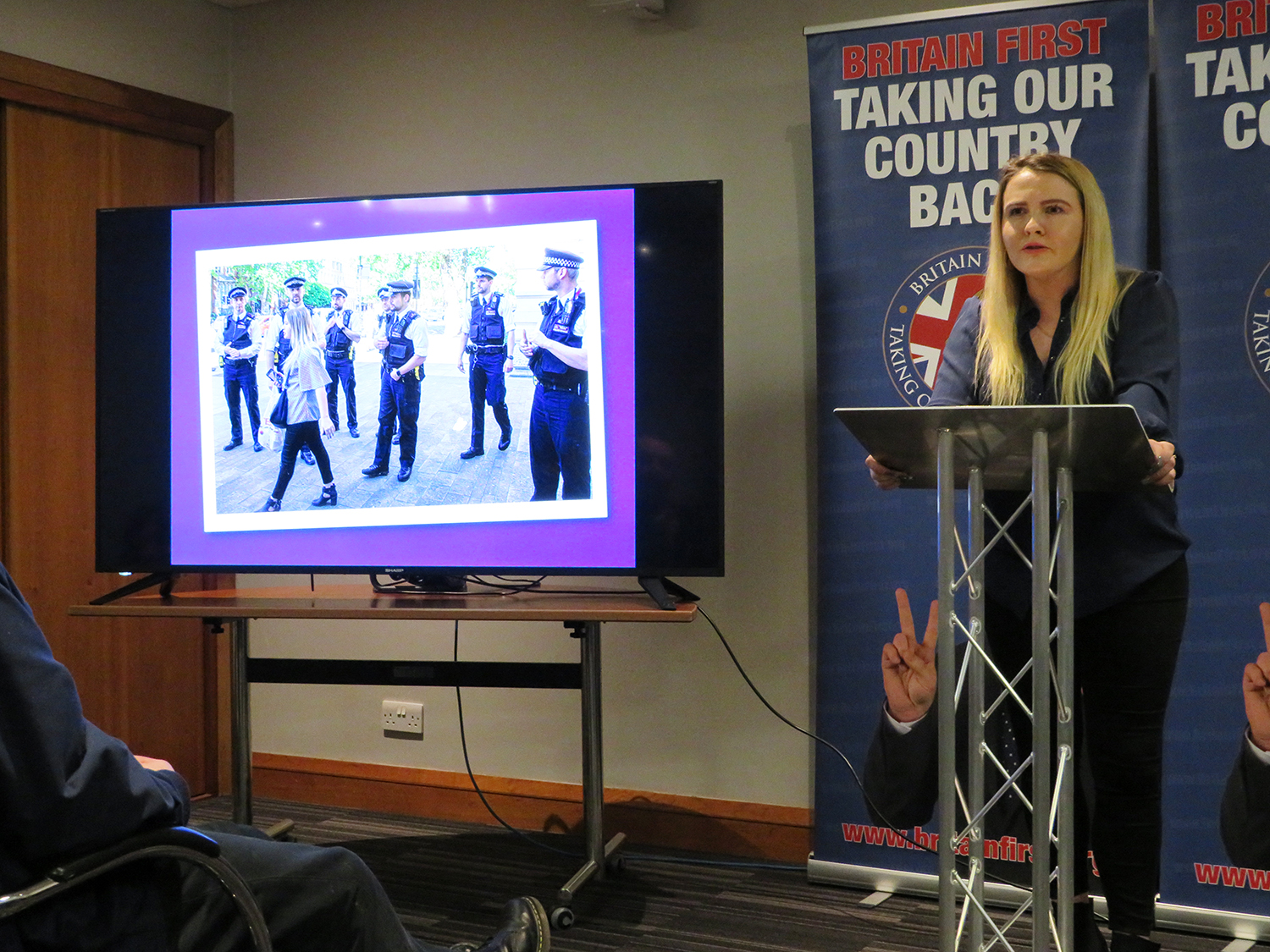 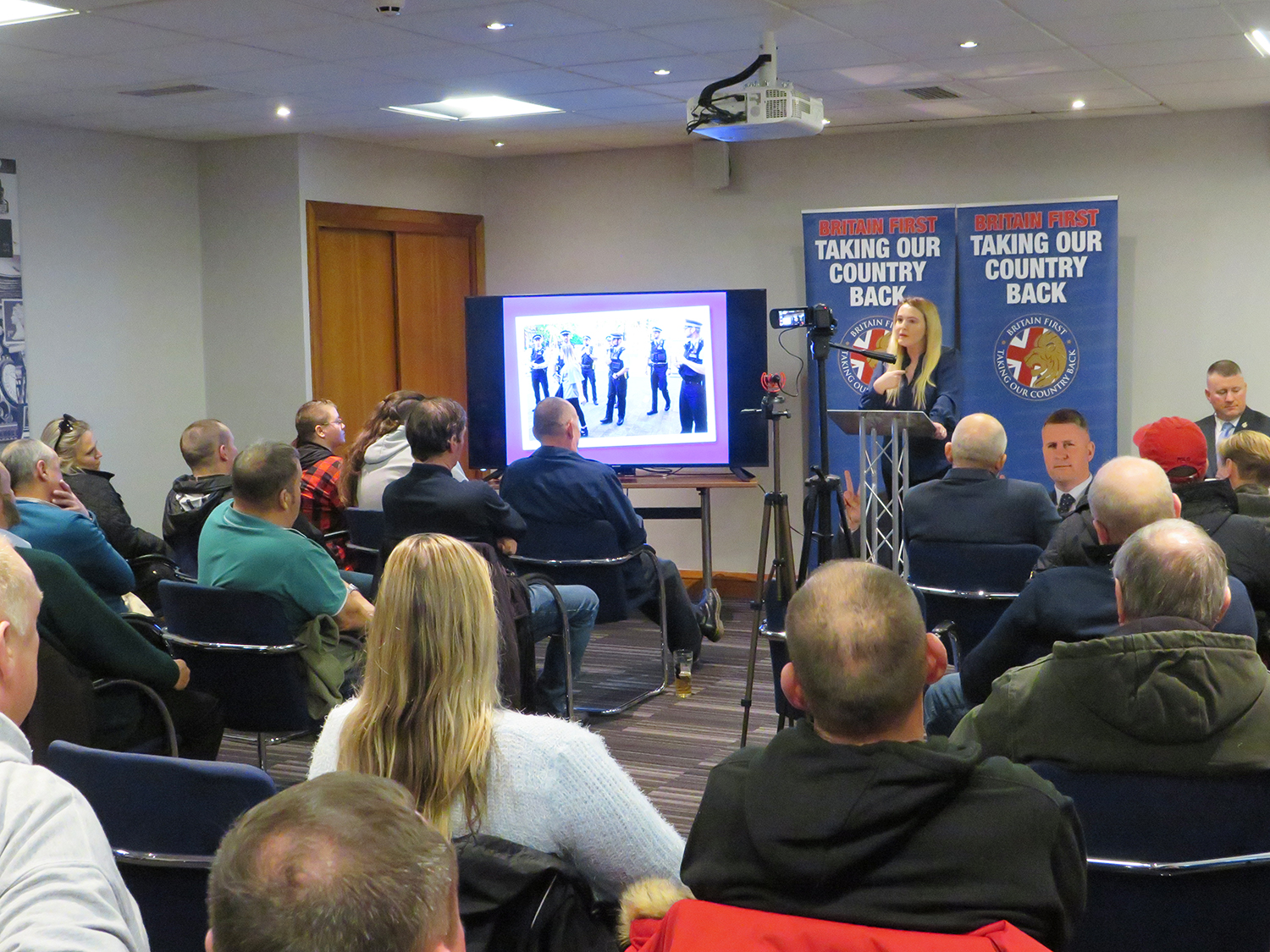 She also vowed to become Britain First’s first Member of Parliament when nationwide support for Britain First takes off into the stratosphere – as it is bound to do considering that people are starting to realise that Britain First is the only game in town when it comes to an alternative to the failed policies of the mainstream political parties.

David Moreland, a former member of the Metropolitan Police and the Royal Green Jackets and a veteran of many years’ experience, spoke about the extent of the corruption that he witnessed first-hand in our current institutions. 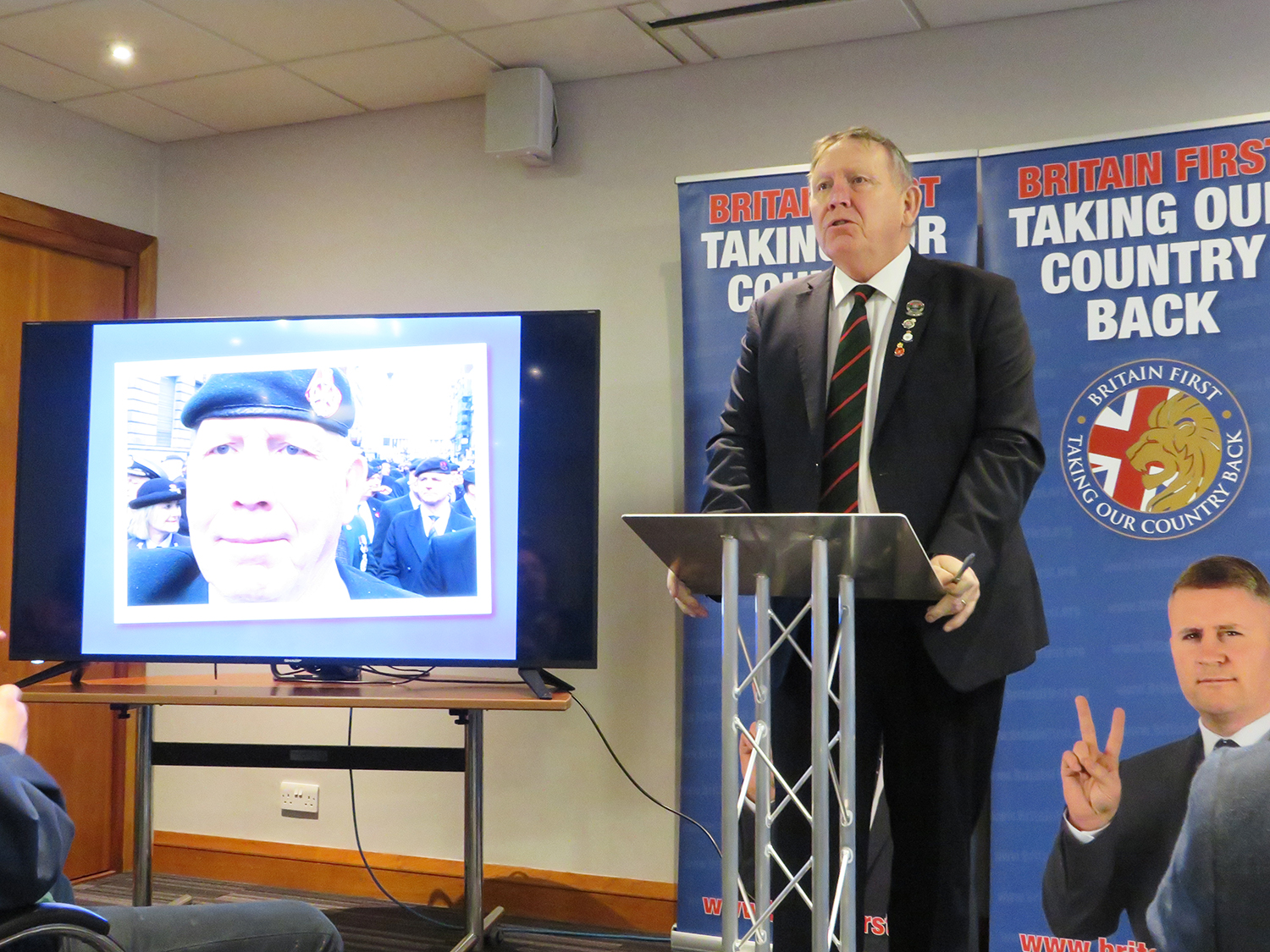 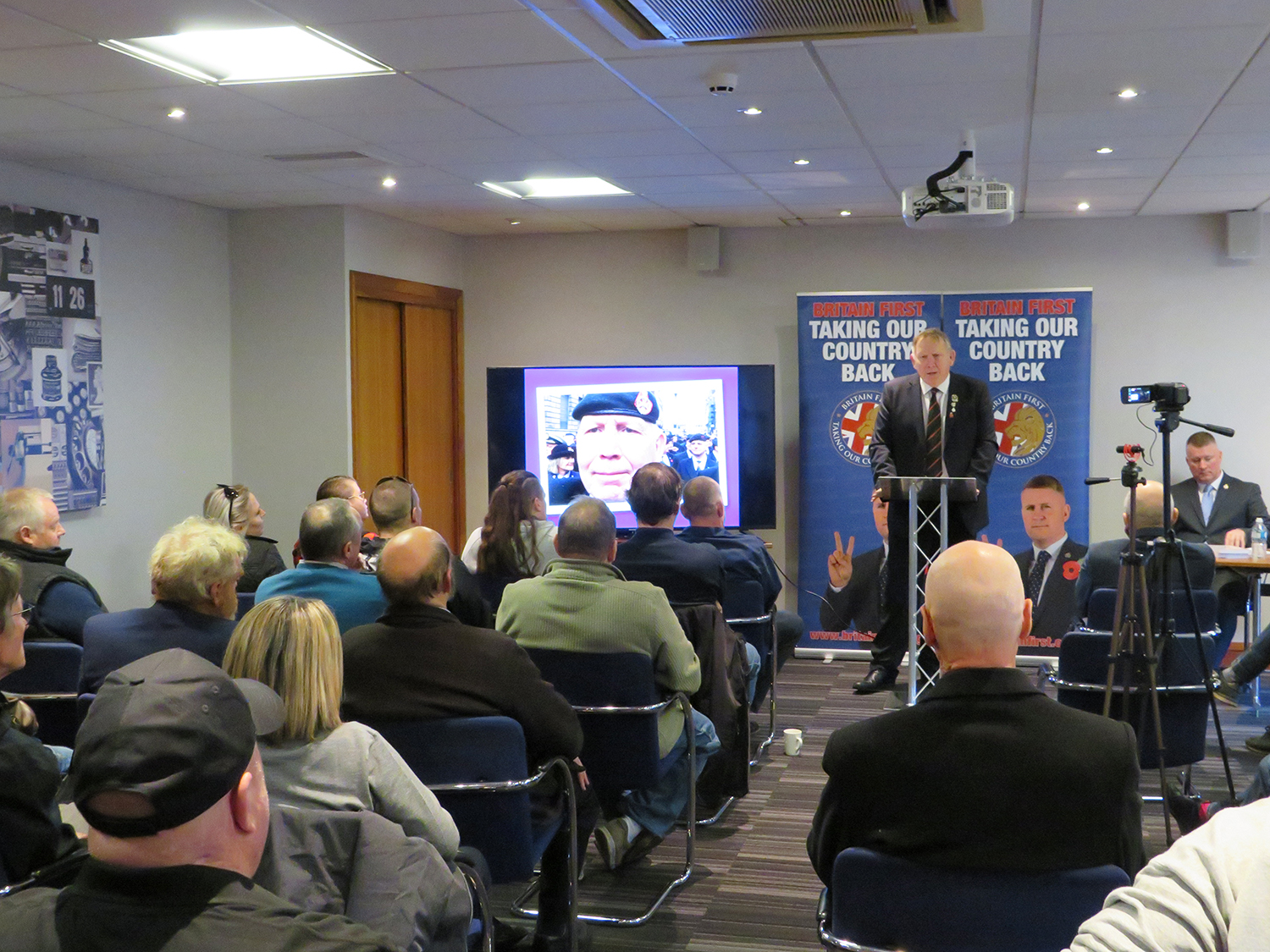 David was previously the Home Affairs spokesman for UKIP and has encyclopaedic knowledge of the behind-the-scenes machinations that have blighted our political landscape and justice system for decades.

Last but not least, Party Leader Paul Golding gave a rousing speech on the prospects for Britain First going forward. 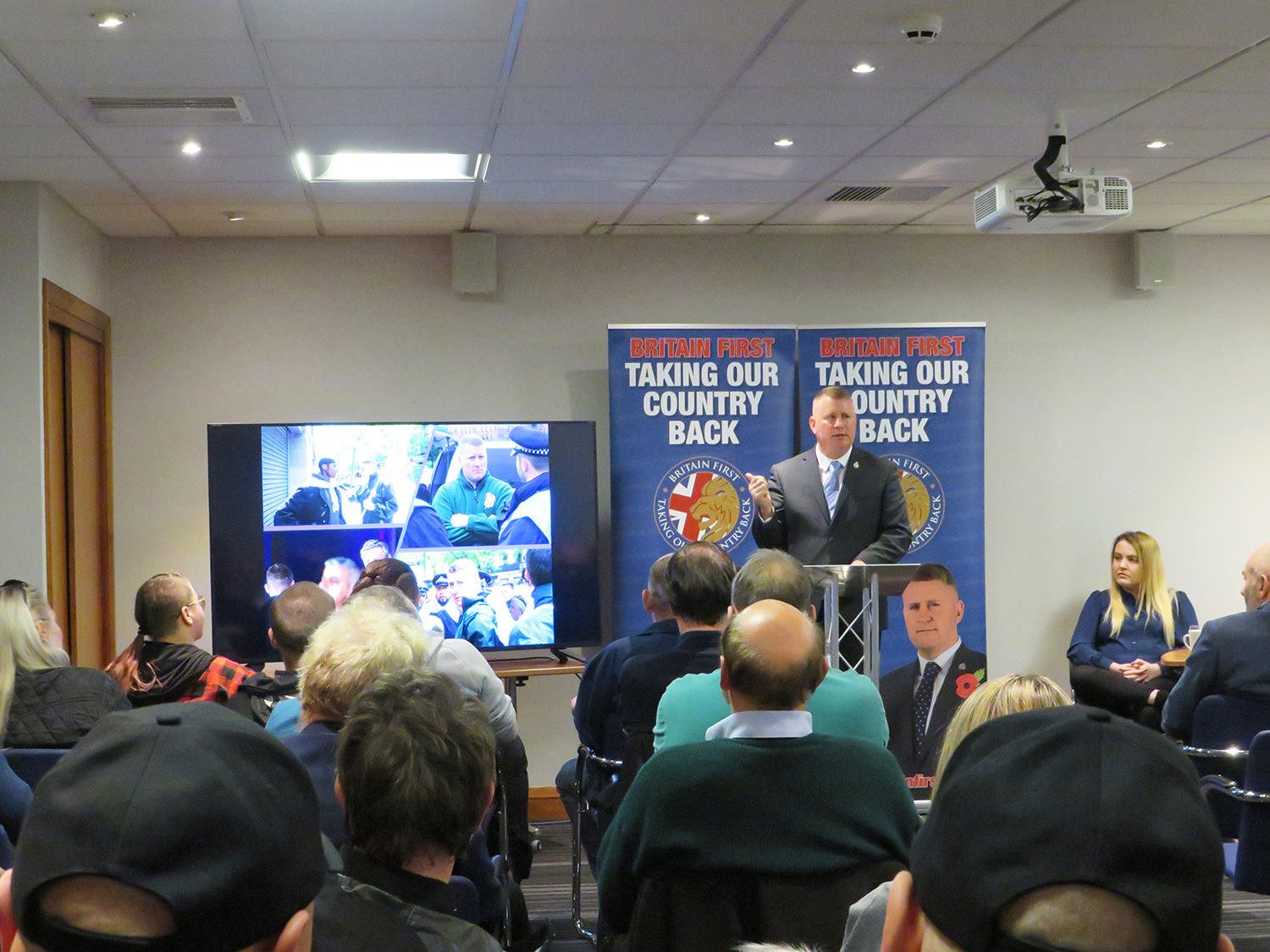 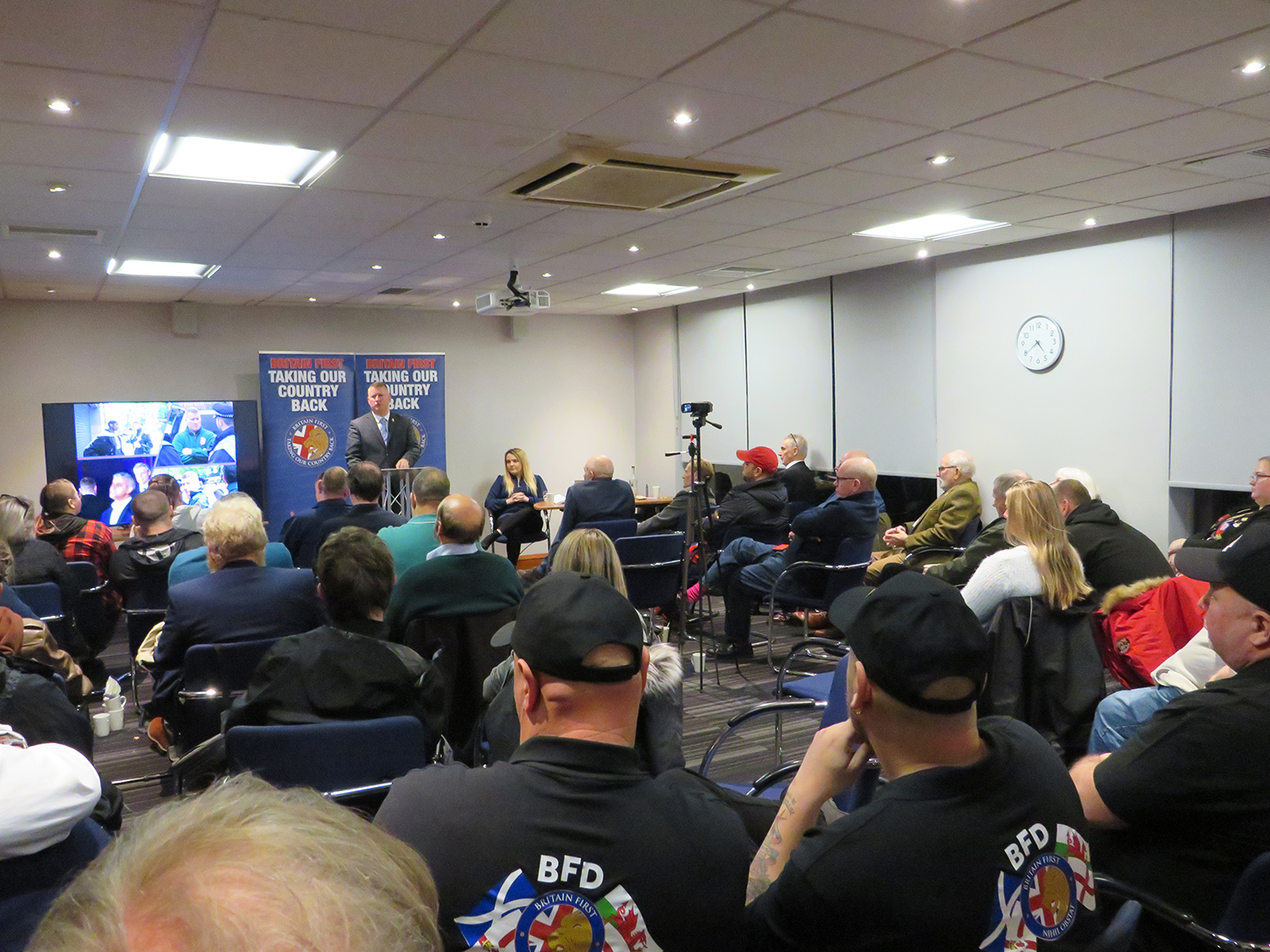 The decision of the Electoral Commission to grant political party status to Britain First marks the end of the struggle for formal political recognition, and the beginning of the journey along the road to political power which we will most certainly achieve and which we must achieve if we are going to save our great nation for our children and grandchildren.